Money and Costs in Iran

Welcome to what could be the friendliest country on earth. Iran is the jewel in Islam's crown, combining glorious architecture with a warm-hearted welcome.
+ 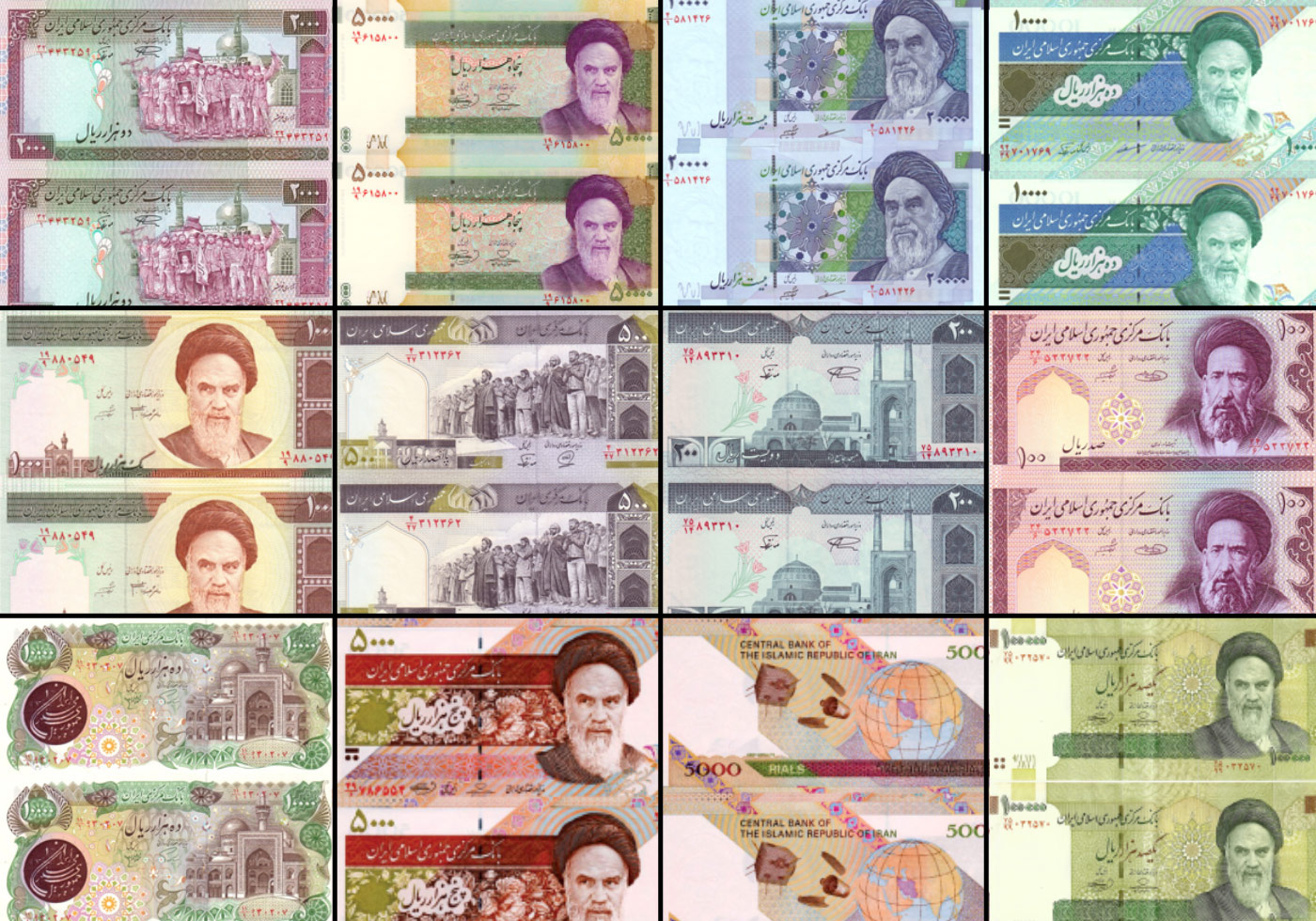 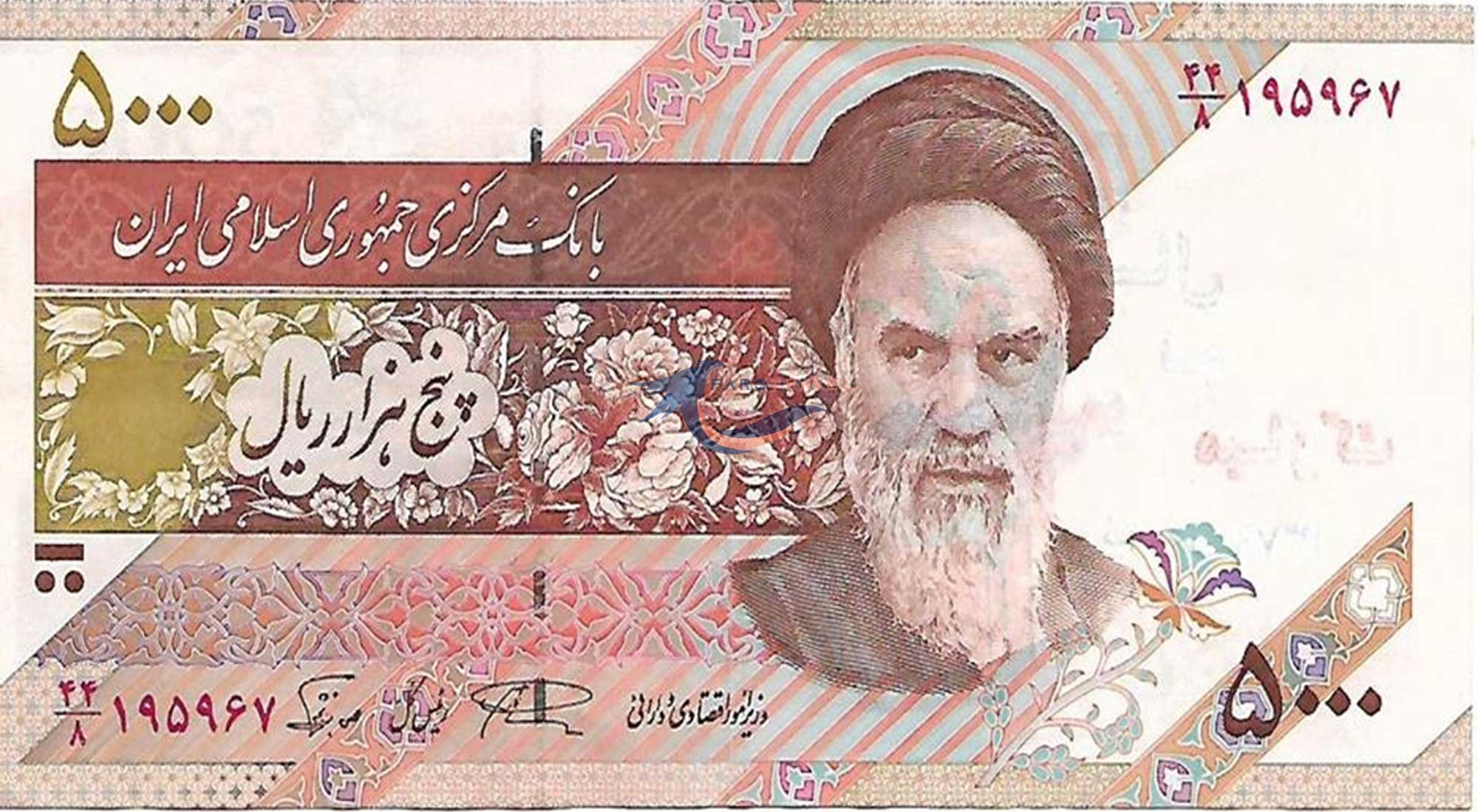 As a general rule the prices of groceries, food, sights, transport (except private taxis) and most things with a price tag attached are fixed. But virtually all prices in the bazaar are negotiable, particularly for souvenir-type products and always for carpets. In touristed areas, such as Imam Sq in Esfahan or the Bazar-e Vakil in Shiraz, bargaining is essential.

Bargaining can be tough if you’re not used to it, so here are a couple of pointers. First, when you find something you like be sure not to show too much interest. Vendors can smell desperation a mile away. Second, don’t buy the first one you see; subtly check out a few alternatives to get an idea of price and quality. With this knowledge, casually enquire as to the price and then make a counter-offer, thus beginning the bargaining process. The vendor will often beseech you to make a better offer: ‘But I have nine children to feed’. However, having looked at the competition you know what is a fair price so only edge up slowly. If you can’t agree on a price you could try walking out of the store, but if the shopkeeper calls your bluff you’ll struggle to knock the price down any further than you already have.

Remember that bargaining is not a life and death battle. A good bargain is when both parties are happy and doesn’t necessarily require you to screw every last toman out of the vendor. If you paid more than your travelling companion, don’t worry. As long as you’re happy, it was a good deal.
+ 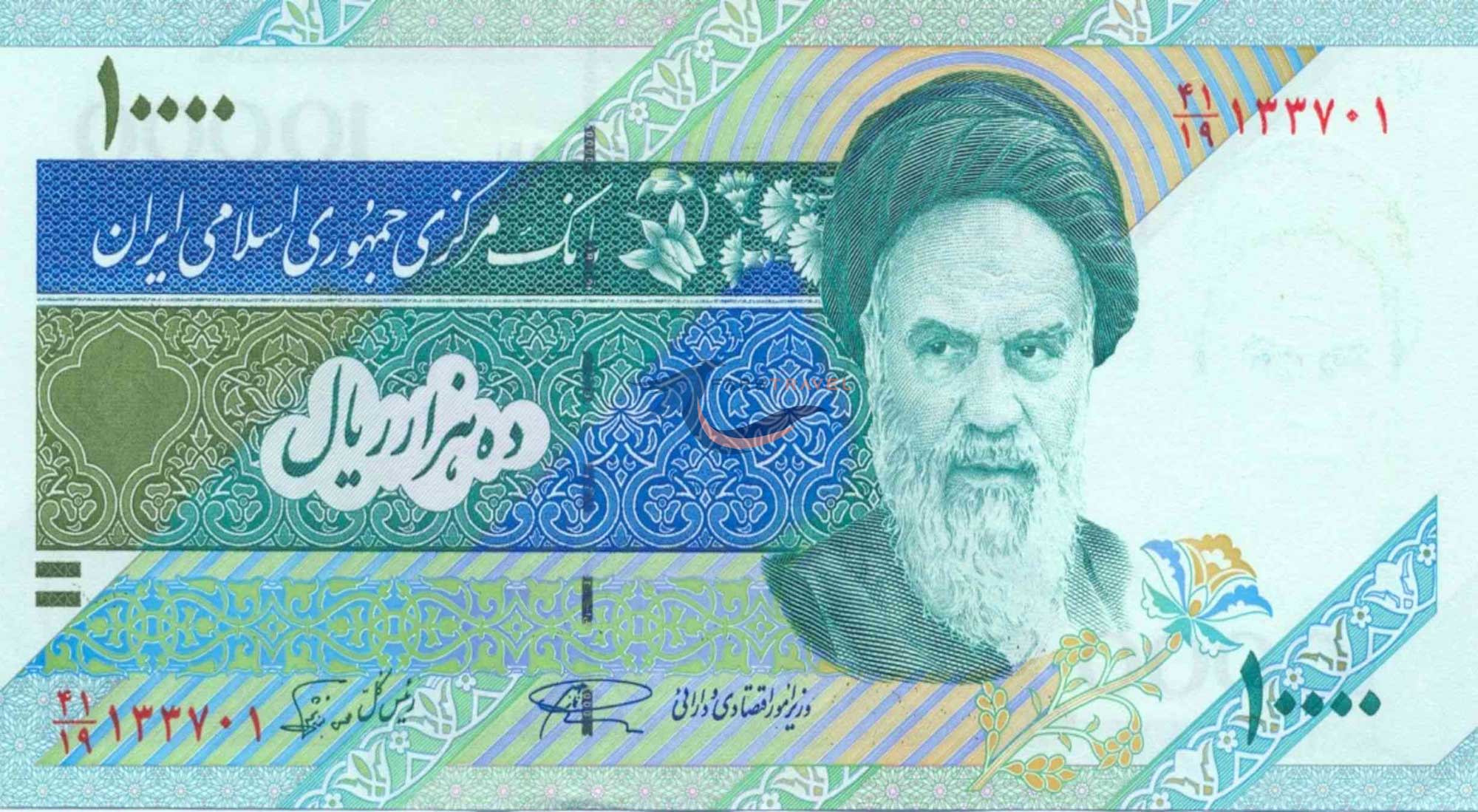 Bring cash in enough US dollars or euro for the duration of your trip – cash is king. You cannot use credit or debit cards, travellers cheques or ATMs. Repeat, bring all you’ll need in cash.

The official unit of currency is the Iranian rial, but Iranians almost always talk in terms of tomans, a unit equal to 10 rials. With inflation soaring, we sometimes convert all prices into US dollars, although fewer Iranian businesses are doing this with each passing year.

For all intents and purposes, Iran for the visitor is a purely cash economy. No credit cards. No travellers cheques. Just bring cold, hard cash – preferably in high-denomination euros or US dollars printed since 1996. Apart from some hotels, carpet shops and tour agencies where you can pay in dollars or euros, all transactions are in rials. Where prices are quoted in euros we will do the same. Other major currencies, such as British pounds, Australian or Canadian dollars, Swiss francs and UAE dirhams, can be changed in Tehran and other big cities, if not smaller towns. However, Turkish lira are treated with scorn everywhere except close to the Turkish border; ditto for the Afghan, Azerbaijani, Turkmen and Pakistani currencies.

Whichever currency you choose, the most important thing to remember is to bring as much cash as you’re likely to need, then a bit more. Getting your hands on money once you’re inside Iran is a nightmare.

Although Iran has a functioning network of ATMs (cashpoint machines), they can only be used with locally issued bank cards, so are useless to travellers unless you open a local account.

Usually no-one cares what state rial notes are in, then out of the blue someone will reject one because it has a tiny tear or is too grubby. On the other hand, foreign currencies will be rejected if they are not clean and without any tears whatsoever.

Changing money on the street is illegal and as long as exchange shops are allowed to trade money at market rates it makes little sense to do this. That said, the volatile state of the rial means there will be plenty of people prepared to buy your foreign exchange on the black market.

If you do change money on the street, expect to be treated like a total moron with no idea of current rates. You should demand at least the same rate as you’d get in the exchange shop and expect the changer to take a ‘service fee’. Count the rials carefully (there are often notes missing or folded over), and don’t hand over your bills until you’re sure the count is correct.

Um, no. Sanctions mean your (Western-issued) credit card will be useless in Iran. The only exceptions are a handful of carpet shops with foreign accounts, but if they can help at all (it’s far from guaranteed) you’ll pay a hefty 10% plus service charge for the privilege. Bring enough cash.

This can, at times, be rather annoying because locals now pay for just about everything, even very small purchases, using their local debit cards. The practice is so widespread that some places are even surprised when you try to pay in cash (and seem flummoxed by the whole concept of giving change). Some ticket machines (eg to use the Metro in Mashhad) don't even accept cash and will only accept locally issued cards for payment.

The easiest way to change money is at an official money-exchange office, in your hotel, with a taxi driver or in the jewellery section of the bazaar where the whole deal is done in seconds. In most banks it can take considerably longer. There's an exchange office offering correct (ie non-bank) rates on the departure level of Tehran's Imam Khomeini International Airport.

At the time of writing banks had been limited to changing money at a fixed rate, called the First Market, which was far lower than the floating market rate to be had at exchange shops. How long these mandated rates last is anybody’s guess.

Although it sometimes seems as if every fourth building is a bank, only a few banks will actually change your money and then usually only US dollars, euros or, less often, British pounds in cash (and only after the day’s rates arrive from Tehran between 9am and 10am). The best bet will always be your town’s central branch (markazi) of Bank Melli (BMI), or the central branches of the other major banks: Bank Mellat, Bank Tejarat, Bank Sepah and Bank Saderat. You need your passport; bank staff will help with the Farsi paperwork.

Exchange shops are reliable and can be found in most cities, usually signed in English and with rate boards in the window. When we went to press their rates were decided on the floating market, officially called the Second Market, which at that time bought you considerably more rials than changing at the bank (First Market) rate. The process is completely paperwork free.

Sanctions have made it practically impossible to transfer money into or out of Iran without the assistance of a worldwide network of shady money dealers.

Tipping is not a big deal in Iran. In upmarket restaurants (mainly in Tehran) a 10% gratuity might be expected – on top of the 10% service charge that’s often built into the bill. But in most other places any money you leave will be a pleasant surprise. It’s normal to offer a small tip to anyone who guides you or opens a building that is normally closed. If your offer is initially refused, persist. There is no culture of baksheesh (alms or tips) in Iran.

American Express. Leave home without it! Like credit cards, travellers cheques are useless in Iran.

No sooner have you arrived in Iran than you will come up against the idiosyncratic local practice of talking about prices in tomans, even though the currency is denominated in rials. One toman is worth 10 rials, so it’s a bit like shopkeepers in Europe asking for ‘10’ whenever they wanted €1.

To make matters worse, taxi drivers and shopkeepers will often say ‘one’ as shorthand for IR10,000. However, before you consider cancelling your trip on the grounds of commercial confusion, rest assured that after a few days you’ll understand that the five fingers the taxi driver just showed you means IR50,000. And as you start to get a feel for what things cost, you’ll understand that if something sounds too good to be true – or too bad – it probably is.

In the interim, you can always have the price written down, and then to double-check ask whether it’s in rials or tomans – using a calculator is handy, too, as the numbers show in Western rather than Arabic numerals.
And just when you've mastered the rial, remember that there are plans to replace it with the toman as Iran's official currency over the coming years.
+ 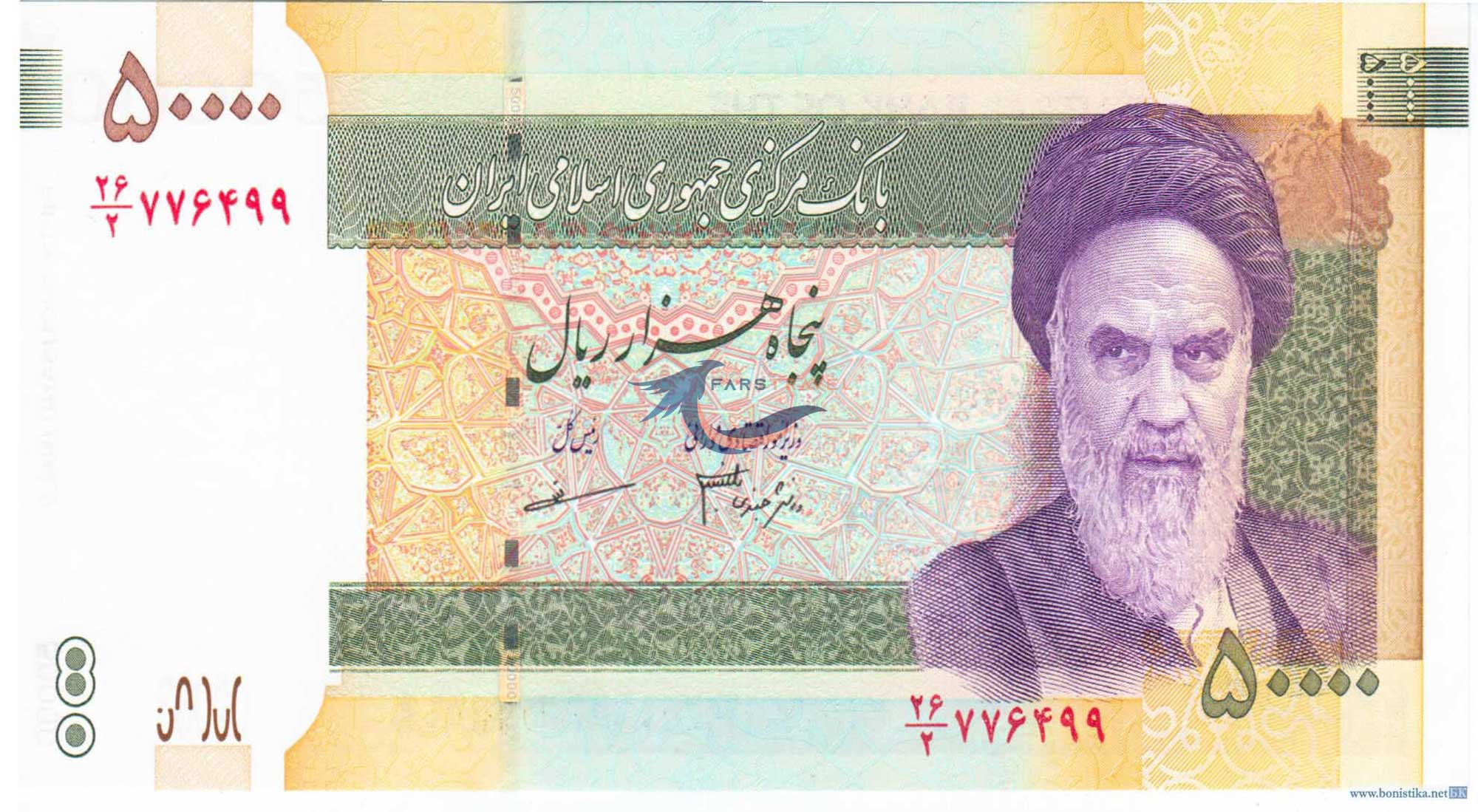 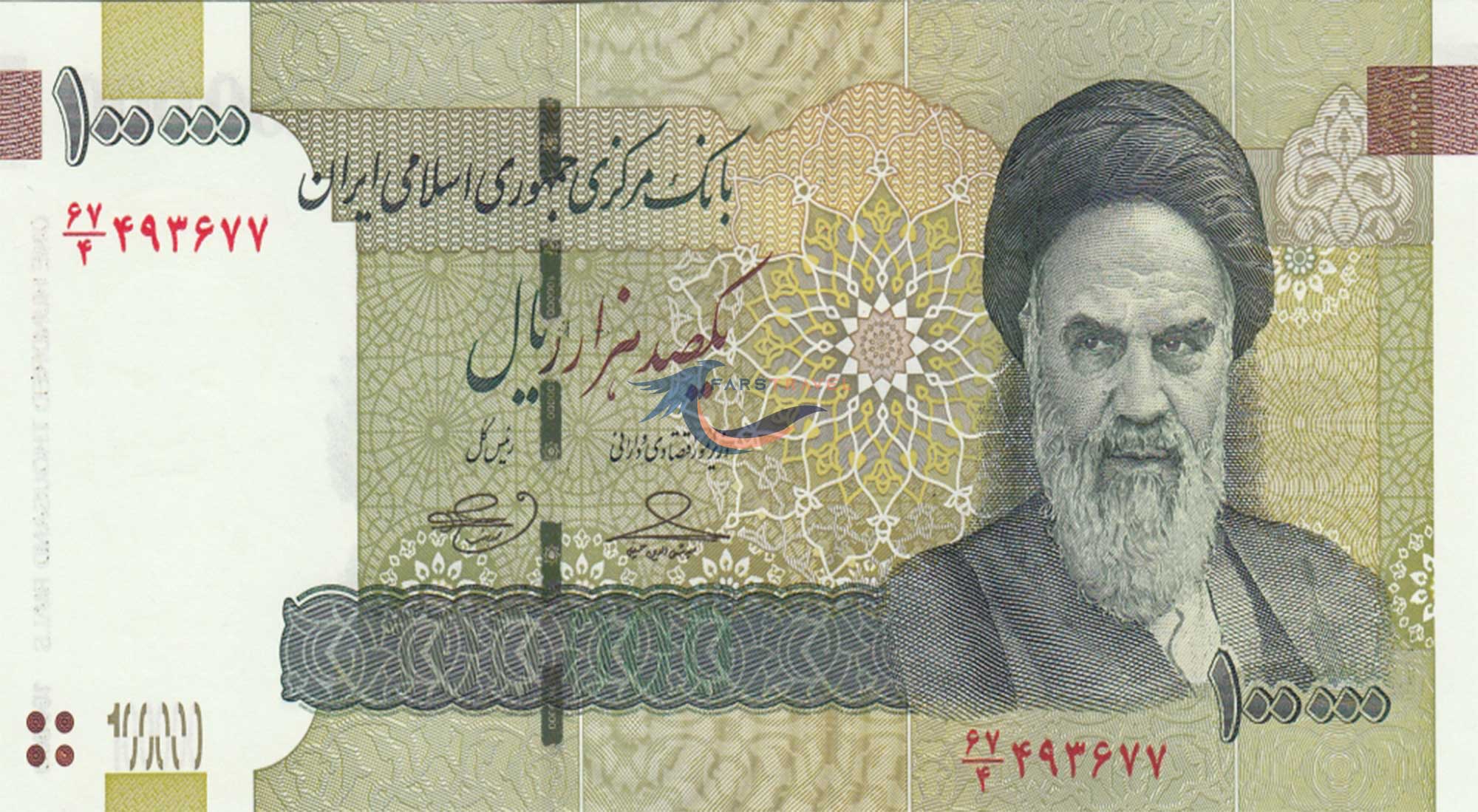 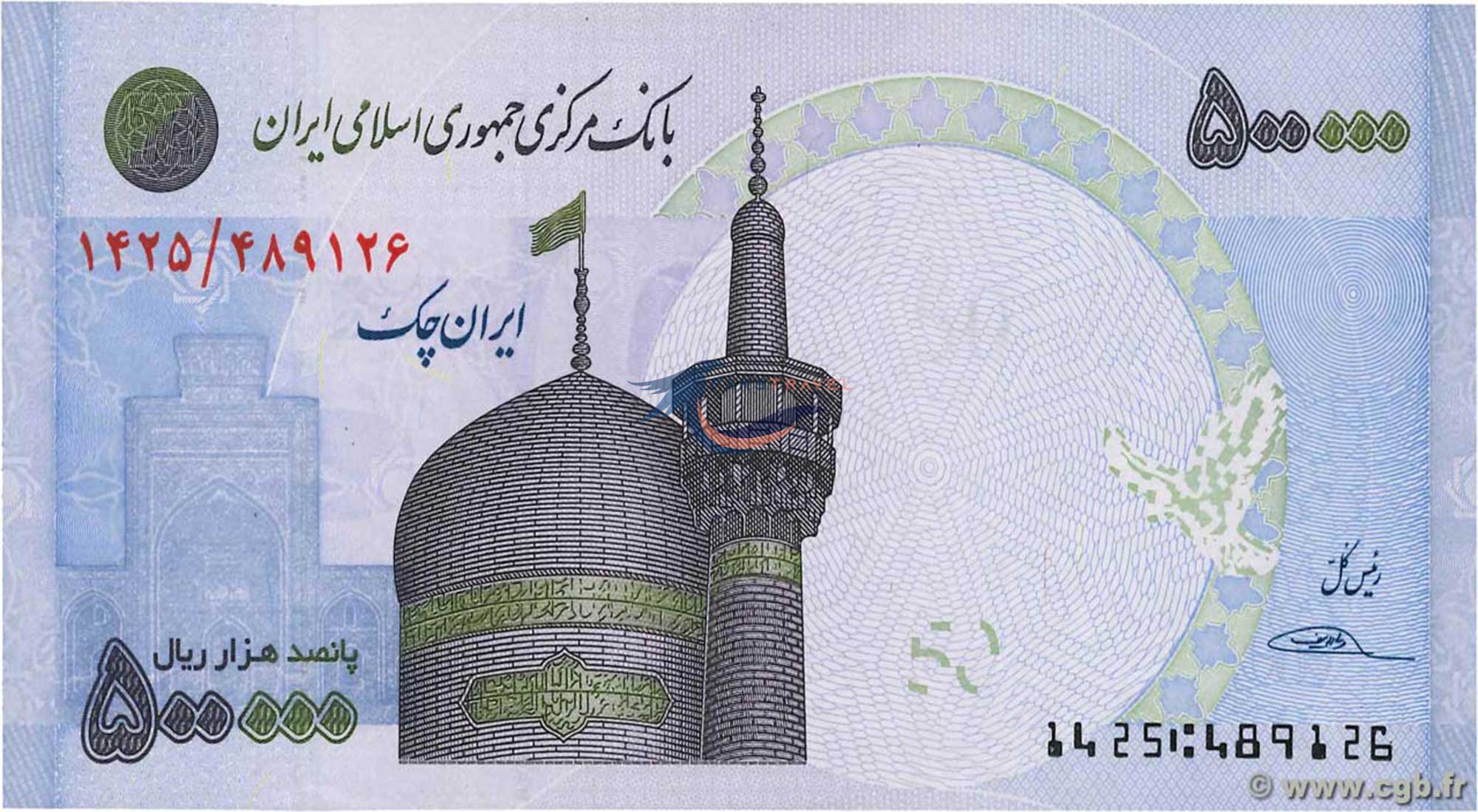